Black Leaf Films creates powerful documentaries for major television broadcasters in the UK and internationally. Our compelling films aim to empower the audience by challenging preconceptions and revealing the often hidden power structures at play.

We are proud that the Black Leaf team comes from a diverse spectrum of international backgrounds and our experience of different countries and cultures gives us a unique perspective which we hope is reflected in our films. We are experienced in working in a range of genres from one-off creative documentaries, through current affairs investigations to ob doc series and are used to filming in areas as far afield as Palo Alto and Palestine; Brazil and Boston; Syria and Scotland; Sierra Leone and Seven Sisters, London.

Between us we have directed, produced and exec’d films and documentary series for broadcasters and online outlets including BBC1 (including Panorama), Channel 4, BBC World, Arte, PBS, The Guardian, Al Jazeera English, and The Intercept. Our documentaries have shown in festivals around the world including Sundance and CPH:Dox. Collectively our work been nominated for an Asian TV Award, a Foreign Press Award and a BAFTA, and we have won awards from the Edinburgh Film Festival, the Abu Dhabi Film Festival, The New York Festival and the AIB.

Yasmin Fedda is a BAFTA-nominated documentary director whose films have been broadcast on the BBC and Al Jazeera English,  and screened at festivals around the world including Sundance, Edinburgh FF and CPH:Dox. Her feature documentary work includes Ayouni (2020) a film about people forcibly disappeared in Syria; Queens of Syria (2014) which won the Black Pearl award at the Abu Dhabi Film Festival and best female director at Carthage Film Festival; and Breadmakers (2007). Yasmin has a PhD in Transdisciplinary Documentary Film. Yasmin is working with Black Leaf to develop new projects and feature documentaries. 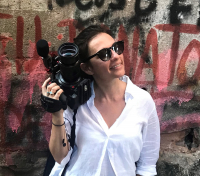 Theopi Skarlatos is a reporter and documentary director for the BBC, Channel 4, Al Jazeera and The Intercept’s online film channel, Field of Vision. Her documentary #ThisIsACoup (Field of Vision), presented by Paul Mason, tells the story of the showdown between Greece and the global financial elite in 2015. She has reported from destinations as varied as Greece, Cyprus, Rwanda, Iraq, Jamaica and Newham, London. Theopi’s work for Black Leaf Films includes directing McStrike and Homeless in Athens for Channel 4 News as well as Prejudice and Pride in Hungary and The Dolphin Sanctuary for Al Jazeera English. 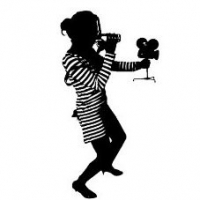 Ladan Anoushfar is an award-winning documentary filmmaker who has produced, directed and edited films for BBC World, The Guardian, Al Jazeera, and the Aga Khan Architecture Awards. She trained with cinema legend Abbas Kiarostami and double Oscar winner Asghar Farhadi in Iran where some of her projects are set. Her film The Sanctions Hotel won a silver medal at the New York Festivals Best Film and TV Awards in 2018 and was nominated for a Foreign Press Association award. In 2019 she edited Stealing From the Sick, winner of the AIB award for Investigative Documentary. For Black Leaf Films Ladan directed Never Again: America’s Battle of the Bullets, edited The Age of Bolsonaro and is developing a range of new programmes. 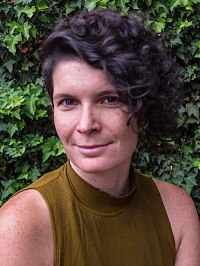 Kata Karath is a documentary filmmaker and journalist covering science, the environment and Latin America. She has written for Science Magazine, The New Scientist, The Guardian and Quartz. Her documentary work includes working as a fixer, interpreter, translator and researcher on productions for the BBC, Sky, and Animal Planet. For Black Leaf Films she was location AP and researcher on Prejudice and Pride in Hungary, for which she secured incredible access to Hungary’s far-right movements. In 2019 she developed and co-directed Ecuador’s Hidden Treasure, for Al Jazeera’s Women Make Science series. 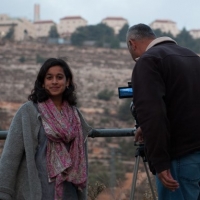 Ana Naomi De Sousa is an award-winning director and journalist. As a filmmaker she has made documentaries for Al Jazeera and collaborated with the Turner-prize nominated Forensic Architecture. Her interactive web documentary about the Syrian military prison Saydnaya for Forensic Architecture won a Peabody award in 2017. She also writes about spatial and cultural politics for platforms including the Guardian and Al Jazeera.  She is currently working on a feature documentary about British boxing. For Black Leaf Films Ana has directed The Living Room and Ecuador’s Hidden Treasure.

Adam Thomas is a film editor working in documentary and fiction. Since graduating from the National Film and Television School in 2011 he has edited award winning feature documentaries, television documentaries, commercials and shorts. For Black Leaf he has cut multiple films including McStrike and Homeless in Athens for Channel 4 News as well as The Husband School, Ecuador’s Hidden Treasure and The Dolphin Sanctuary for Al Jazeera. 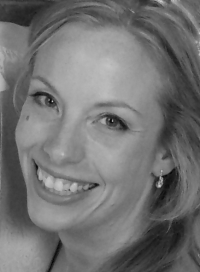 Jessica Morris is a producer with 15 years’ experience making factual programmes ranging from current affairs to environment and health, for broadcasters including BBC, Al Jazeera, CNBC and Channel 5. She recently produced a programme for BBC1's flagship investigative series, Panorama, and has produced and directed an award-winning documentary on autism. As a multi-talented operative, Jess helps with Black Leaf’s development and oversees production on our series for Al Jazeera. 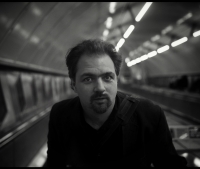 Dan Davies is an executive producer and director whose work has been broadcast on the BBC, Channel 4, ITV1, Al Jazeera English & PBS. He has created and overseen numerous documentary series including Rebel Architecture, Rebel Geeks, The New African Photography and Europe’s Forbidden Colony (2x 50’). He has executive produced investigations like China’s Health Pyramid for Al Jazeera’s People and Power series and in 2019 he senior produced The Gatwick Drone Attack for BBC1s flagship Panorama strand. Dan oversees Black Leaf’s development and is the Executive Producer for the films we make for Channel 4 and Al Jazeera English.